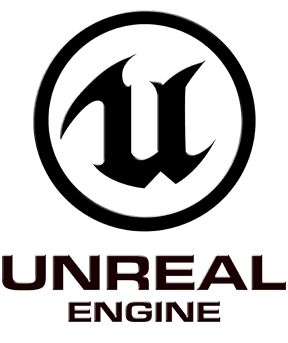 Logo is trademarked by Epic Games.

Here you can see some of  the default hotkeys. Abbreviations are as follows. Right Mouse Button : RMB. Left Mouse Button : LMB. Middle Mouse Button : MMB.  If you are looking for something else, look through the docs. If you are having trouble with something, you can hit up /r/unrealengine or the UE4 AnswerHub. You can also look through and edit your Unreal Engine bindings in the Keybindings Editor, see Edit > Editor Preferences > General > Keyboard Shortcuts. See links below for main documentation:

Sources: Unreal Engine Docs, and from testing in Unreal Engine 4.7.2. Inspiration for this post comes from ivilus's post on reddit; I was surprised people were coming to reddit because they couldn't find Unreal Engine hotkeys. I hope this post helps in solving that problem.

Note: The formatting for this page is still being finalized, so some things may be moved around a little. I'll also be adding more default shortcuts.

Hey can you tell me the hotkeys for during gameplay? I've somehow disabled the ability to see debug messages. I can only see them when i press tilda!
Alt + P toggles play-in-editor.
This speed up my learning experience up 50%. Tengs gais!!!
Thanks a ton for this. It's super helpful.
Pressing thew "End" Key , so that the selected object will be moved perfectly to the ground. Very important :D Cheers